The Kunitachi campus is the university’s main campus, and is situated near the downtown of Kunitachi City, a western suburb of Tokyo. The campus is less than a 10-minute walk from the south exit of Kunitachi Station, which is approximately a 55-minute ride from Tokyo Station along the JR Chuo Line.

A third of the total administrative area of the city, with the university as its center, has been designated as an educational district by the Tokyo Metropolitan Government.

The campus occupies either side of the wide University Street, which is lined with cherry and gingko trees. Hitotsubashi itself also abounds with greenery.

The west campus is the main area of the school, and upon entering the gate one sees, from right to left, the Administration Building, the Main Building, the University Library, and Kanematsu Auditorium.

The eastern campus contains the East Lecture Buildings, LS/CSE Building gymnasiums, and tennis courts. There are additional sports facilities in the western campus and other locations nearby. 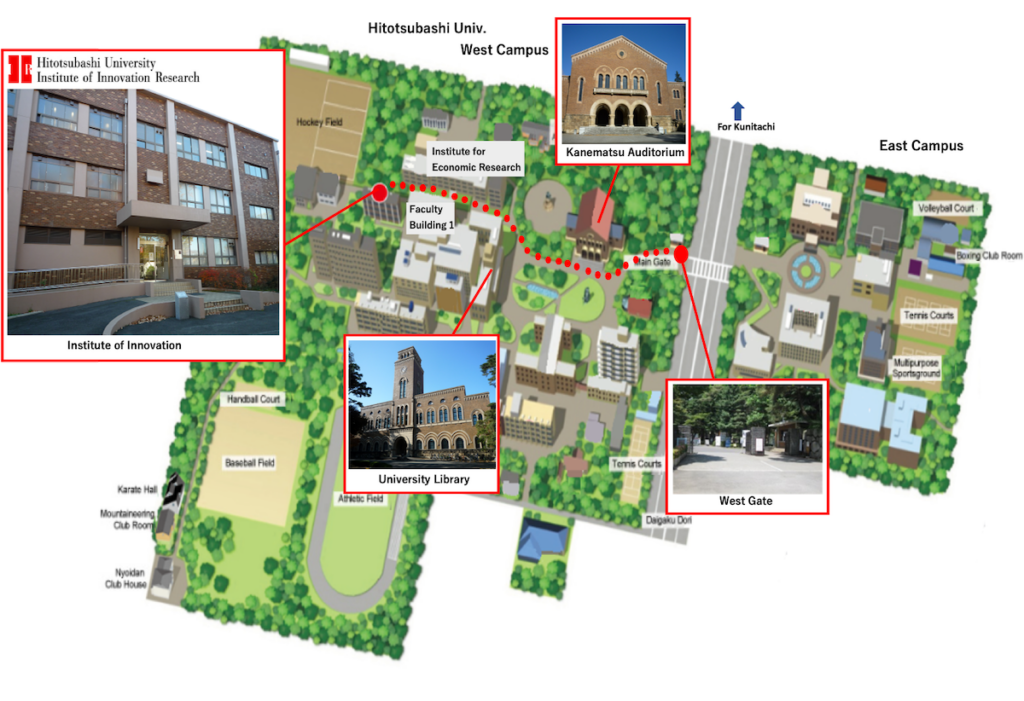